Press enter to begin your search

Health Equity Initiatives (HEI) works closely with local, regional and international partners to work to realize the right to health of refugees and asylum seekers.

There are many organizations working on various issues with regards to refugees and asylum seekers.
Links to the organizations can be found below 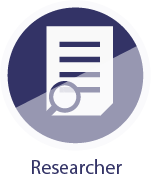 Health Equity Initiatives (HEI) has initiated a number of research projects to monitor the right to health of the communities the organization works with.

The research also serves to better understand refugees and asylum seekers’ needs and concerns, particularly in the areas of mental health, basic needs, and access to health care services.

To date, HEI has conducted the following research:

These activities are done to ensure that the organization’s advocacy is evidence-based.

This enables the organization and stakeholders to collectively advocate for the development of just, fair and inclusive policies that enables disadvantaged communities to gain control over their health.

As an on-going monitoring effort on the reach and relevance of these publications, HEI appreciates it if you can fill in the information on the purpose of downloading the publications.

This report is a study on the sexual education needs of Myanmar children.
The study examines the linkages between marginalization and sexual health and education needs. 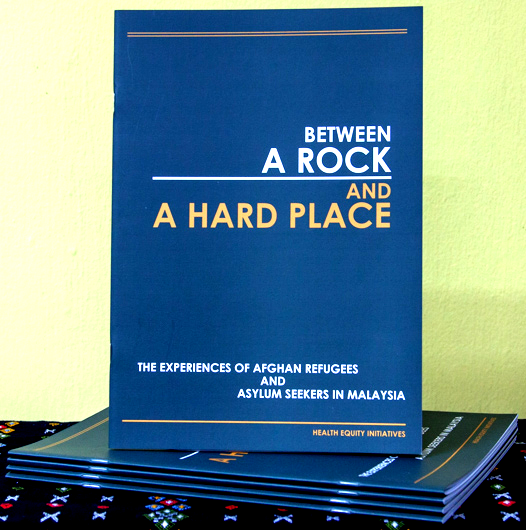 Between A Rock and A Hard Place

This report is a study on the situation of Afghan refugees and asylum seekers in Malaysia. Through 73 interviews with Afghan refugees and asylum seekers in Malaysia, data from its case management and mental health services, and interviews with UNHCR and other non-profit organizations, the report highlights the chronic multi-dimensional deprivation experienced by this population. The report also provides insights into the refugees’ dilemmas, especially with regards to the way in which global events and developments related to Afghanistan and Afghan refugees intersect with their daily lives. 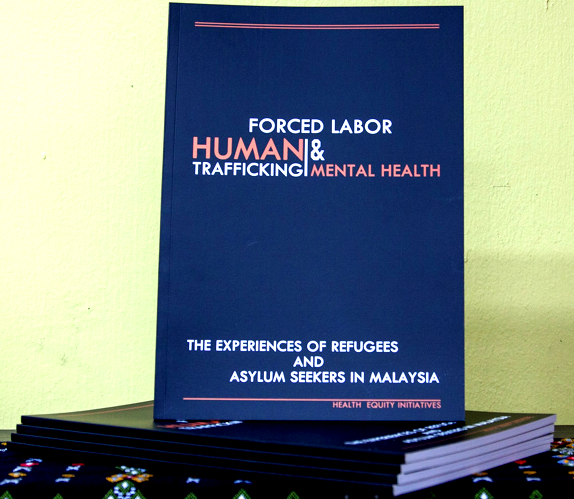 Malaysia is host to one of the largest refugee and asylum seeker populations in Asia. The absence of refugee protection in the national legal system is an overarching structural issue that gives rise to many issues and concerns. Unable to work legally in the country, many refugees and asylum seekers survive on low-paying jobs in the plantation, construction, manufacturing, or service sectors – albeit without legal protection and with increased vulnerability to human trafficking and forced labor. Although Malaysia has ratified 5 out of 8 core ILO conventions, notably the C29 Forced Labor Convention (1930), the rights of non-citizens under these and other domestic laws apply only to those deemed legal. Refugees and asylum seekers are considered “illegal immigrants” under Malaysian law, specifically the Immigration Act 1959/63 (Act 155).
Click on image to download. 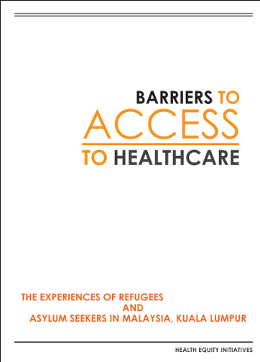 This report is a study on the access to health care services and information among refugees from Burma in the Klang Valley. 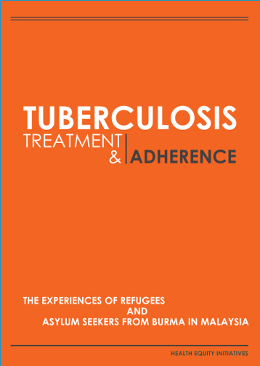 The World Health Organization’s ‘Stop TB’ campaign aimed to reduce the worldwide burden of the tuberculosis disease by 2015. This report sheds light on accessibility problems experienced by refugees in the Klang Valley. 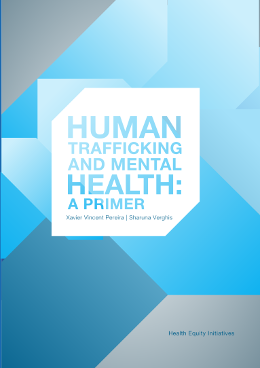 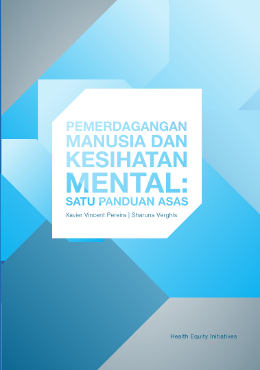 Health Equity Initiatives (HEI) organizes consultations with various stakeholders in order to facilitate changes to policy with regards to the right to health of refugees and asylum seekers.

The National Consultation on the Health Dimensions of Human Trafficking and Forced Labor: The Malaysian Experience and Response was held on the 26 July 2011 with The Malaysian Trades Union Congress (MTUC) and the Malaysian Bar Council as co-organizers. 55 participants from various sectors, including government, civil society, employees’ unions, academics, refugee community organizations and professional bodies attended this one-day consultation. A follow up consultation with 19 participants and organizing partners from the National Consultation was held on 25 August 2011 to concretize the action plans for 2012.

Refworld – contains a vast collection of reports relating to refugees